What's up with those eyebrow Whiskers on cats?

Have you ever looked at a cat and wondered why it has such prominent eyebrows? It's a fascinating feature that's unique to cats, and it has its purpose. Let's take a closer look at why cats have those distinctive eyebrows and what purpose they serve. We'll explore why eyebrows on cats are important for their behavior and how they help them express themselves. So, what's up with those eyebrows on cats? Let's find out!

Cats have whiskers, and they're one of their most recognizable features! Whiskers are long, stiff hairs that grow on cats' faces and vibrissae, or "whiskers." They are extremely sensitive, helping cats to detect changes in air currents, allowing them to navigate in the dark and even pick up on the moods of other animals.

Whiskers aren't just for navigation, though—they play a role in facial expressions. When cats are scared or angry, their whiskers may stand straight out from their face, as if to give them a bigger presence and make them look intimidating. In addition to their whiskers, cats also have eyebrow whiskers which help to give cats their unique facial expressions. These eyebrow whiskers can show if a cat is curious, happy, or anxious.

Overall, cats have whiskers that serve many purposes. Not only do they provide cats with a sense of direction and help them to interpret the world around them, but they also play a role in facial expressions, allowing cats to communicate how they're feeling.

Cats Use Their Whiskers for Communication 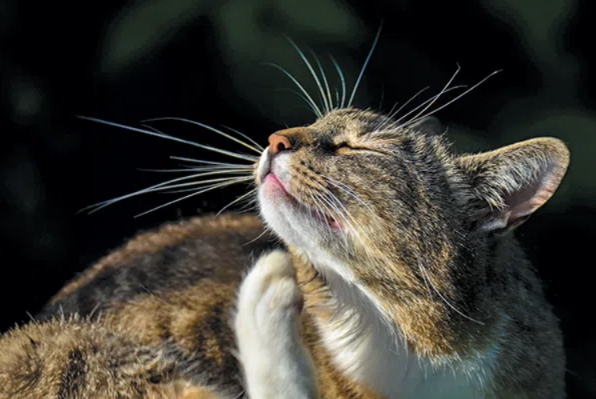 Cats are masters of expressing themselves through facial expressions and body language. One major component of their communication is the use of their whiskers. While cats have whiskers on many parts of their face, most notably on their chin and cheeks, their eyebrow whiskers are often overlooked.

Advice From a Veterinarian on What not to Feed Pets

So, the next time you look at your furry friend, take note of their eyebrow whiskers. They may be communicating more than you think! 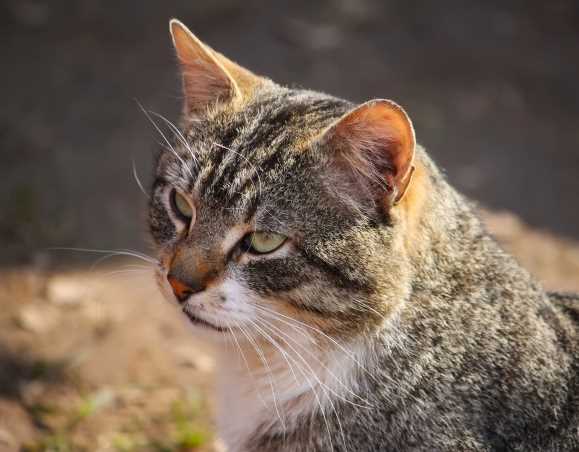 Cats have whiskers that help them sense their environment. But cats also have eyebrow whiskers, which help them communicate and express emotion through facial expressions. The eyebrows indicate various emotions, such as surprise, fear, anger, and contentment. When the eyebrows are raised, the eyes appear larger and more alert. This is a signal of alertness or curiosity in cats. Conversely, when the eyebrows are lowered, it can signal fear or aggression.

The eyebrows on cats help them express emotion but also help protect their eyes from dust and debris. By having eyebrows that can move, cats can shield their eyes in situations where they need extra protection. So while cats may not be able to express emotion as humans do, their eyebrow whiskers provide an important way to communicate with other cats and people.

Not All Cats Have Eyebrow Whiskers

The presence of eyebrow whiskers varies between cats. Some cats may be born without them, while others may experience trauma or illness which results in the loss of whiskers. Certain breeds, such as the British Shorthair, Maine Coon, and Persian, tend to have thicker and longer whiskers than other cats.

The Importance of a Cat Dental Chart

In some cases, cats with no eyebrows or whiskers can still communicate with other cats through their body language and vocalizations. This is because cats rely heavily on their sense of smell to interpret the world around them.

It is important to note that cats without eyebrow whiskers can still live happy, healthy lives and express themselves through their body language and vocalizations. Ultimately, it is up to owners to observe their cat's behaviors and provide them with the love and support they need to thrive.

If you have seen a long-legged cat before, then you know it is a rare breed. Long-legged cats have a unique look and an interesting history. We will e...

In addition to being an important tool for tracking your cat's oral health, a cat dental chart can also be a useful educational tool. As cats age, the...

Read More
September 11, 2022Cats
How Frequently Should You Take a Cat to the Vet?

How frequently your cat should visit the vet is not a set rule because it relies on too many variables, including age, lifestyle, and where the pet dw...