American pit bull terriers are loving, playful, and friendly dogs who make excellent family pets. Learn more about caring for the loving and misunderstood breed. American Pit bull terriers are commonly known as "pitties" and are renowned for being devoted to their owners. With a lovely smile, a pit bull you bring home will likely turn into your second shadow, following you everywhere you go. 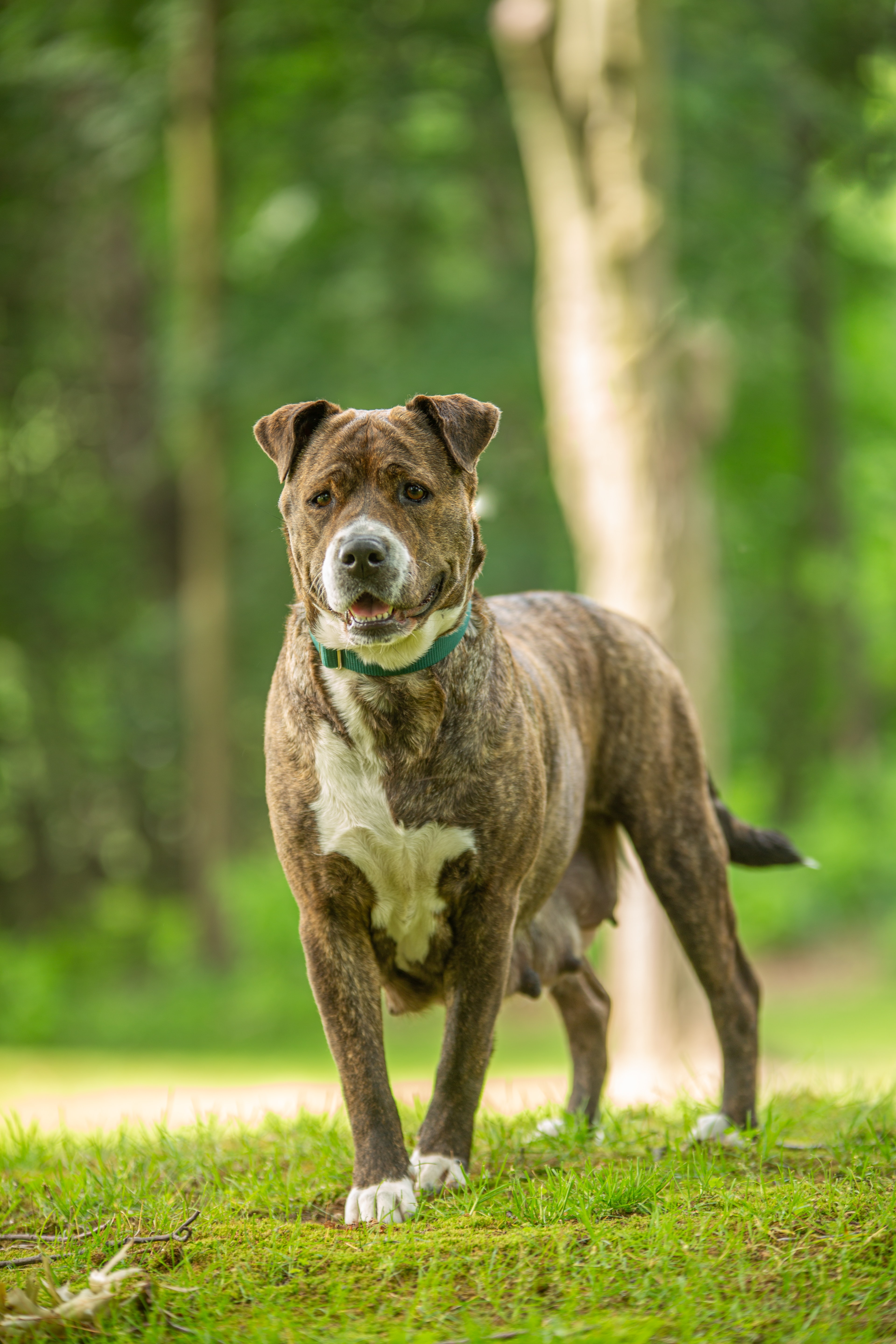 Although you may believe you recognize a pit bull when you see one, you might instead be looking at an American Staffordshire terrier. The smaller of the two dogs, the American pit bull terrier typically weighs between 30 and 70 pounds and measures 17 and 21 inches at the shoulder. Breeding lines can also impact size and weight. Certain show dogs have been bred to be larger than typical American pit bull terriers. The size of a dog's paws and breeding background can influence future growth.

The American Pit Bull Terrier belongs to the Bull group, and as a result, they have a short, stocky build with small to medium-sized ears perched high on a broad, flat head and wide, muscular jaws. Their short, thick hair and whip-like tails are found on their low-to-the-ground bodies. Their sleek, short coat is available in various hues, including white, gray, black, brown, brindle, tan, fawn, red, and blue. American pit bull terriers don't have hypoallergenic coats, but they shed moderately too lightly and don't tend to trap debris in their fur.

Pit bulls are known for their fearlessness, protection, and amiable disposition. In addition to being athletic, the Pit Bull has a great drive to win people over.

Pit bulls are intense, connected, tenacious, and affectionate, and they yearn to be friends with the proper person. Although they adore people, they are protective and don't make the best guard dogs. Your Pit Bull will always be your best friend, and you can rely on that.

Pit Bull Terriers have a bad rap since they were traditionally used as fighting dogs (this is now prohibited). They are generally only as excellent as their training, just like many other dog breeds. The Pit Bull is not excessively dangerous in comparison to other dog breeds.

Pit Bulls have a high prey drive, just like other Terrier breeds. And even though we now mostly maintain dogs as family pets, many dogs were intentionally developed to do the very things we criticize them for. Originally, terrier dogs were used for hunting and killing rats. Although humans may find this dog's hostility horrific, it's crucial to remember that that was their role. The Pit Bull, however, is kind to youngsters and does not have a natural tendency to bite. The Pit Bull can learn to control unwarranted hostility toward other dogs with early socialization and handling, so regular training is very important. 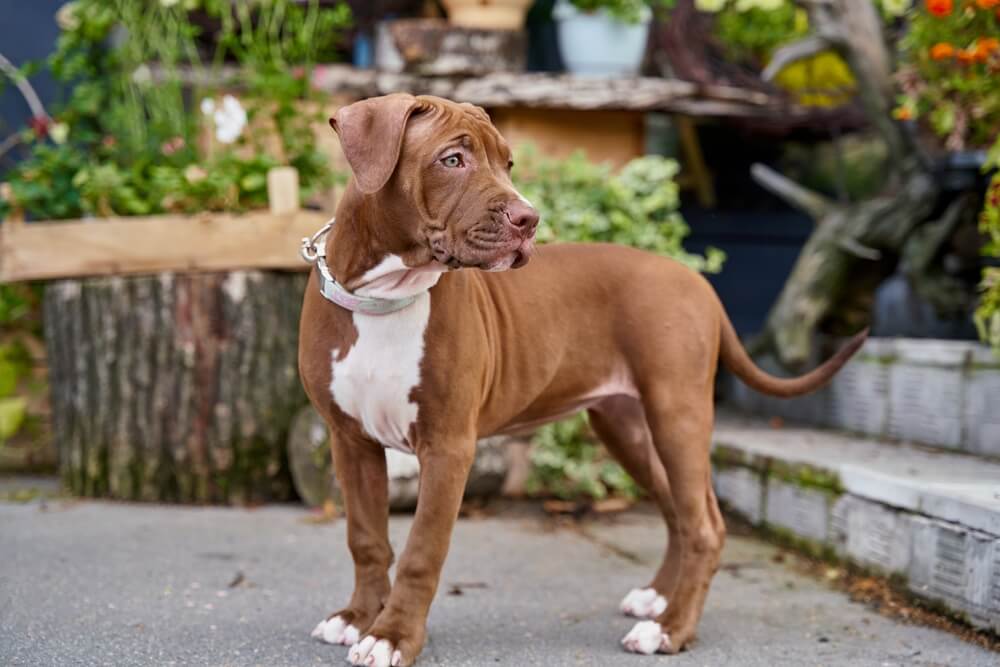 One thing you should know about pit bulls is that they appreciate attention and shouldn't be left alone for extended periods. They are a giant softie who hides behind that tough, muscular appearance and wants to be by their loved one's side. Consider having someone come by to check on your pitbull or take him for a walk if you must be gone for more than four hours. When your pit bull is alone at home, taking him for an extended walk or running outside will also help calm him down.

When it comes to the perfect house, a Pit Bull will like having a sizable, enclosed yard to run around in and relax in. But if he receives the right amount of activity, he may also be content in a smaller space like an apartment.

Check your local laws before bringing a pit bull puppy home. Breed-specific laws or regulations that restrict (or even forbid) the ownership of breeds with fighting roots exist in some cities, neighborhoods, and apartment buildings. Bully breed households may also not be covered by certain homeowners' insurance plans.

In light of this, start looking for a home early and exercise patience before relocating. Renters may fare better with privately-held homes as opposed to massive commercial complexes. 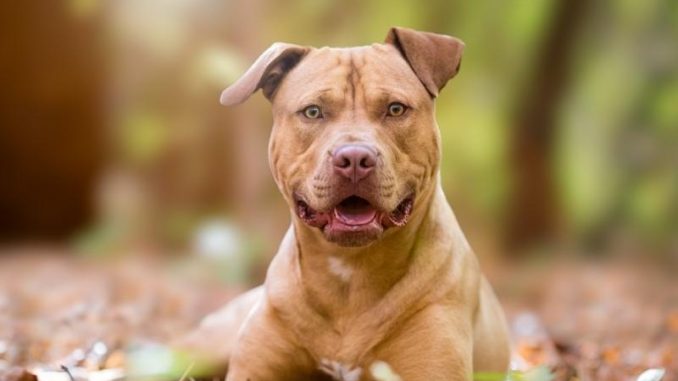 American pit bull terriers require daily exercise to prevent undesirable habits from emerging. As the breed is frequently incorrectly classified as having bad manners and being unruly, proper training and socialization are equally essential for making your dog a suitable breed ambassador. Fortunately, this breed is rather simple to groom. Exercise is crucial for this breed because they are athletic. Provide physical activity for at least an hour each day, such as brisk walks, jogging, trekking, and fetch. Dog sports can provide an American pit bull terrier with mental and physical challenges. A pit bull may become destructive, energetic, or exhibit other behavioral issues if they don't have a way to release all that energy. These dogs enjoy chewing and have strong jaws, so give them sturdy chew toys.

An American pit bull terrier needs to be properly socialized and trained like any other dog breed. Start your dog off as young as you can. Extra emphasis is placed on this breed to behave properly to combat unfavorable stereotypes. Animal experts sometimes advise American pit bull terriers to achieve the Canine Good Citizen certification to develop their ability to remain composed and well-behaved in various scenarios.

This dog breed is generally intelligent and trainable and responds well to positive training techniques. But if you're inconsistent with your commands, it can become resistant.

To teach your dog to be at ease and confident, it's crucial to introduce it to a range of people and circumstances in a good way. Although some pit bulls can be socialized to live happily with other family pets, due to the breed's high prey drive and history of dog fighting, socializing can be challenging. Always keep your dog on a leash when among other dogs, and keep an eye on it. These dogs might not initiate conflict but frequently don't back down when challenged.

The American pit bull terrier's short, smooth coat only needs the most minimum maintenance. To disperse skin oils and eliminate stray fur, brush once a week. As the seasons change in the spring and fall, you might observe an increase in shedding. Weekly brushings twice as often can help maintain the loose fur. Depending on how dirty your dog becomes, approximately every month will require baths. Another option is using a moist towel to wipe your dog in between baths. Check your nails every month to see whether they need to be trimmed. Additionally, check your dog's ears at least once a week for any irregularities, including wax buildup, dirt, redness, or other issues. Likewise, make an effort to daily brush your dog's teeth.

The American Pit Bull Terrier can be prone to various health problems and has a life expectancy of 12 to 15 years. To help your dog live as healthily as possible, it's critical to be aware of any health issues.

Thyroid disorder: If your dog's thyroid hormone production is inadequate, you may notice signs including gaining weight, uncontrollable hair loss, dry skin, and irrational behavior. You can check for this disease in your Pittie with an annual blood test. If it is discovered that they have it, they will receive hormone replacement therapy.

Hip dysplasia: American Pit Bull Terriers frequently suffer from this genetic condition. They develop their hip joints incorrectly, which might result in arthritis. Bring your dog to the veterinarian for X-rays of their joints and to have their arthritis treated with medicine if they have trouble standing up or appear to be hobbling in their hind legs. Surgery may be a possibility in serious situations.

Blindness: American Pit Bull Terriers are more likely to experience Progressive Retinal Atrophy, a genetic condition that renders them legally blind. When they are between 3 and 5 years old, the first signs such as dilated pupils or night blindness appear. Although a genetic test can be done, the ailment is not unpleasant but cannot be cured.

Skin Infections: Your American Pit Bull Terrier may be susceptible to zinc-responsive dermatosis, a form of skin infection, if it is deficient in zinc or cannot absorb it. Veterinarians can recommend a regimen of zinc to add to your dog's diet sores on the nose and foot pads can be among the symptoms that need to be treated, as well as red, seeping skin around the face.

Knee Issues: You might need to take your Pittie to the vet for arthritis medication or surgery to straighten their kneecaps if it continues popping out of place. 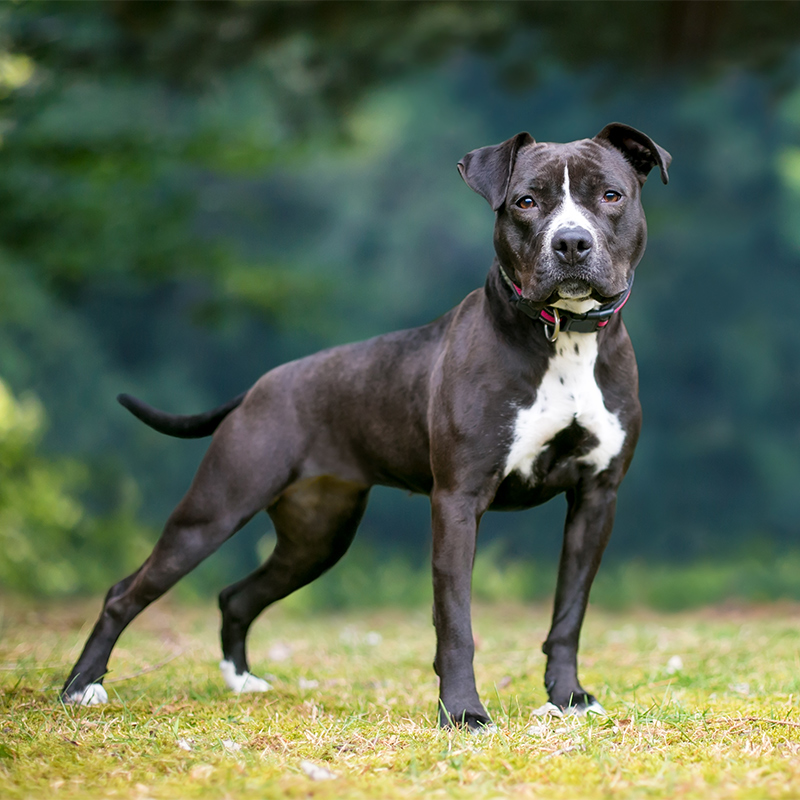 The popular spectator activities of bull- and bear-baiting inspired the development of bull and terrier breeds in early 19th-century England. Dog-fighting emerged in their stead after those activities were declared inhumane and made illegal in 1835. As a result, the genetic disposition for dog violence was bred into the breed.

However, the refusal to bite people is also a genetic trait of this breed. Handlers had to reach into the dog-fighting rings to separate dogs from one another without getting wounded themselves. The breed quickly gained a reputation for being both a powerful, guarding dog and a kind, amiable family pet.

These "bulldogs" started a new life as all-purpose farm dogs when they immigrated to America with immigrants. Their duties included wild game hunting, protecting the property from trespassing animals, and offering company. The settlers created a dog bigger than the one in England, keeping their new homeland's "bigger is better" mentality.

These bulldogs were given the designation American Pit Bull Terrier by the UKC, the AKC's British counterpart, in 1898. In the early 1930s, the AKC agreed to recognize the breed under a different name. The AKC gave it the moniker American Staffordshire Terrier to distance it from its history of pit fighting.

Since then, the American Pit Bull Terrier has not been bred for AKC conformation or dog shows, but the American Staffordshire Terrier has. The outcome is very small personality and physical differences.

Make sure to conduct a lot of research before deciding whether an American pit bull terrier is the ideal pet for you. For further information, consult reputable breeders, pit bull owners, vets, and rescue organizations.

The Pit Bull requires a family-like caregiver who will get to know them, their personality, and their stimulation and affection demands. Alternatively, you might pay for in-home daycare to entertain your dog while you're away.

The Pit Bull requires a family-like caregiver who will get to know them, their personality, and their stimulation and affection demands. Alternatively, you might pay for in-home daycare to entertain your dog while you're away.

American pit bull terriers require owners who will put in the effort to firmly teach and care for their dog since they are dedicated and loving animals and cherish people more than anything else.