The Alaskan Malamute is a robust, sturdy dog suited for endurance and strength. It is one of the oldest breeds of canine whose appearance has remained almost unchanged. The Alaskan Malamute belonged to the spitz family of dog breeds and was bred by the Inuit to pull sleds. They resemble the Siberian husky in looks, but the huge, fluffy Malamute dwarfs the husky when compared side by side. This breed is amiable, clever, and energetic, making it the ideal pet for a busy household. 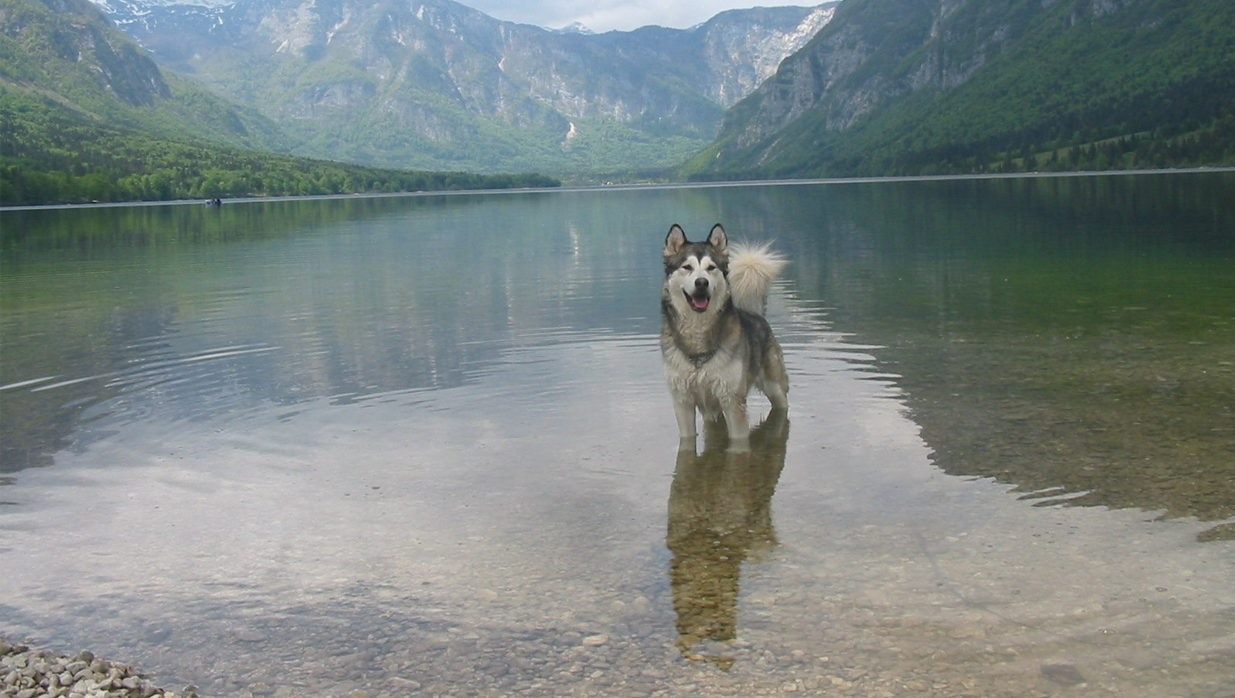 Alaskan Malamutes are magnificent and royal dogs, with a beautiful plumed tail draped over their back. With brilliant, almond-shaped brown eyes and a medium-sized muzzle, their joyful and alert face transmits inexhaustible vitality. Their pointed ears stand upright and even angle back when they're active and ease a little to the sides of their broad head when they're at rest.

A double-coat of fur covers their athletic, muscular bodies. The outer coat is short and coarse, possibly even wooly, while the undercoat is dense and velvety. This combination provides excellent insulation for long sled runs in sub-zero temperatures. A Mal's underbelly is white from the front of their chests to the end of their tails. Their topcoat is usually a variety of hues that vary from dog to dog and come in various colors, including black, blue, brown, gray, red, sable, seal, and silver. Alaskan Malamutes with full white coats are frequently the only breed with a solid color coat.

Mals are enormous canines capable of hauling sleds, wagons, and children on toboggans, weighing 75–85 pounds and standing roughly 2 feet tall at the shoulder. They have strong but graceful legs, heavy neck scruff, and slanted backs.

The playful, extroverted personalities of Alaskan Malamutes will win you over. They treat everyone as friends, including strangers and first-time house guests, so they aren't good watchdogs, but they are devoted to their family and friends. Malamutes are pack animals who enjoy spending time with their human companions and insist on being included in their family's activities. They aren't professional barkers, but they do howl and make a distinctive "woo woo" sound.

Various factors influence temperament, including heredity, training, and socialization. puppies with good temperaments are engaged and lively and enjoy approaching people and being held. Instead of the puppy who is kicking his littermates or hiding in the corner, you might wish to adopt the puppy in the middle.

Always meet a dog before adopting to ensure that it has a disposition that you are happy with. Meeting the parents' siblings or other relatives can help you predict how a puppy will grow up, but this isn't always possible if the dog comes from a shelter or rescue.

When they're young, Alaskan Malamutes, like all dogs, require early socialization—exposure to various people, sights, sounds, and experiences. Your Malamute puppy will grow into a well-rounded dog if they are socialized.

Enrolling them in puppy kindergarten is a terrific place to start. Inviting visitors over regularly and taking them to crowded parks, dog-friendly stores, and neighborhood strolls will help them enhance their social skills. 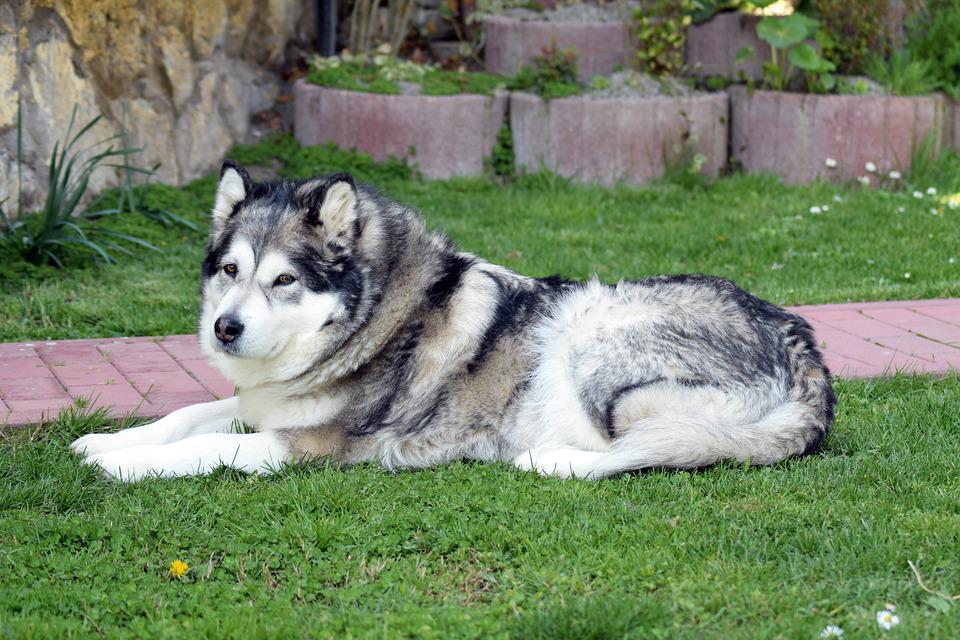 Most Malamutes are too high-energy for apartment living, especially if they don't get much time outside. They require vigorous daily activity and being outside to be happy.

Remember that an Alaskan Malamute's disposition demands constant attention, so a 30-minute game of lively fetch may be required many times a day. Dog parks are also excellent places to socialize with other dogs of their size and larger.

Even if pack life is in their DNA, they must socialize with other family members while still young. Otherwise, they may be motivated to pursue down other dogs of the same gender, smaller dogs, or cats. Your Alaskan Malamute puppy will benefit from socialization as she grows into a well-rounded, well-behaved adult.

They're skilled diggers and jumpers, traits they received from their ancestors to thrive in the harsh Arctic environment. They'll wreak havoc on the landscape if they don't have a way to redirect their energies, and they may even flee. Yard fencing must therefore be at least 5 feet tall and buried 1 foot underground, with chicken wire or mesh reinforcement so a Malamute can freely romp and be content. They're also known for chewing cages, biting leashes, and figuring out various ways to getaway.

Behavioral training aids in the management of their digging, but it does not eliminate it. There's no getting past the fact that their nature is to build a den for security and to hide food. As a result, one frequent recommendation is to set aside a specific area for digging and reinforce that area with rewards, toys, and games. Consider visiting a beach regularly, where they may be able to dig to their hearts' delight. 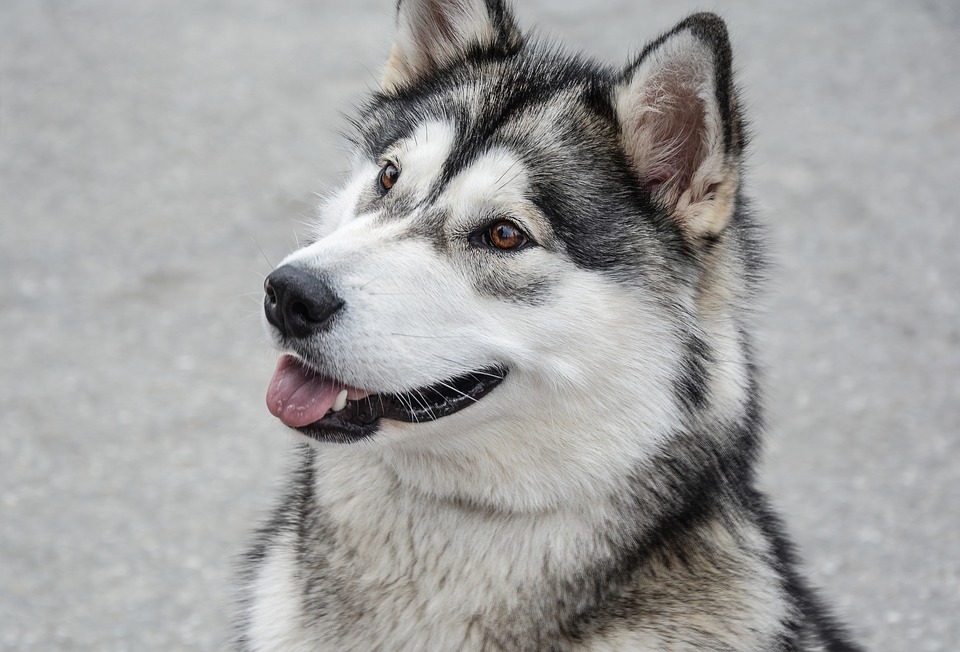 This Working Group canine member is certainly a task seeker. Their favorite pastimes include long walks, hikes, skijoring (pulling a person on skis), carting, and sledding. They must do a lot of running, playing, and generally bouncing around. The Alaskan Malamute will become bored and destructive if it does not get enough exercise. However, make sure the exercise is appropriate for the dog's age, health, and activity level.

The double coat of the Alaskan Malamute is thick and coarse. It doesn't require much upkeep — brush it a couple of times a week to remove dead hair and spread skin oils — but it sheds all year and more heavily during a certain season.

Alaskan Malamutes "blow coat" twice a year, so Imagine piles of hair strewn over the house and clinging to every surface. During the rest of the year, their shedding is reduced to the point where you might be able to vacuum only twice a day instead of every four hours.

The Malamute is a rather low maintenance dog breed if you can deal with shedding. Bathe him every few months or whenever he appears to be filthy. He doesn't require any additional grooming to keep his distinctive appearance.

The rest is just routine maintenance. Once a month, or as needed, trim their nails. Brushing teeth regularly is important for overall health and fresh breath. Examine their ears weekly for debris, redness, or a foul odor that could suggest an infection. Wipe out the ears with a cotton ball wet with a light ear cleanser prescribed by your veterinarian if they appear unclean. Introduce grooming to your Malamute at a young age so he can tolerate it gently.

Alaskan Malamutes have a robust double coat to live outside in extremely cold conditions. They do, however, require proper shelter and a gated enclosure with a roof over it. Malamutes are happiest when they live with their pack in the house because they have such a strong pack drive. They do well in a household setting since they keep their coats clean and are easy to housetrain.

Malamutes are heat-sensitive, which is unsurprising. They're arctic dogs, which aren't meant to survive in hot, humid climates. If you reside in the Sunbelt, make sure your Malamute has plenty of shade, freshwater, and air conditioning in the summer, and avoid exercising during the day.

Because of their size, strength, and intelligence, Malamutes should begin obedience training at a young age before they grow large and strong enough to outmaneuver—or outwit—their people.

The Alaskan Malamute is one of the healthiest dog breeds on the market, with an average lifespan of 10 to 14 years. With that stated, they, like many other purebred dogs, are prone to several hereditary and acquired health problems that are always worth learning about if you own one or are considering getting one.

Knowing about a condition and recognizing the early indicators of a problem implies a better prognosis for your dog. Like in humans, the earlier a disorder is detected and treated, the more likely it is to be successfully treated.

The Malamute is a healthy dog, but he is susceptible to some genetic illnesses such as hip dysplasia which is a genetic abnormality of the hip socket that might necessitate costly surgery and commonly leads to arthritis later in life. This is an especially dangerous condition for an energetic running dog like the Malamute. Ensure that a breeder gives you formal proof from the Orthopedic Foundation for Animals (OFA) or the University of Pennsylvania (PennHip) stating that a puppy's parents are hip dysplasia-free.

Chondrodysplasia, a developmental cartilage defect that can lead to dwarfism, can also affect Malamutes. Breeders should be able to show that at least one of a puppy's parents was free of this ailment, according to the Alaskan Malamute Club of America.

Inherited polyneuropathy, for which there is no screening test, can also affect them. This is a dog's nerve system illness that causes chronic weakness and lack of coordination. Any breeder who tells you that these and other breed-related issues aren't a problem in the breed or his lines is either lying or ignorant – neither of which are qualities you want in your new puppy's breeder. 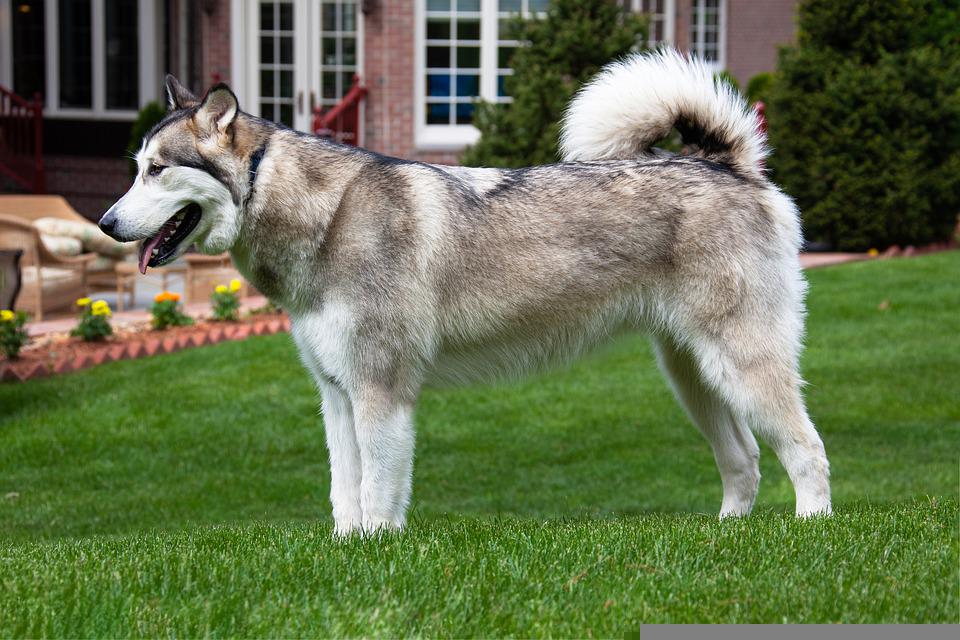 They are one of the oldest breeds, dating back over 4,000 years, and their pedigree includes Paleolithic wolf-dogs. The ancient Mahlemiut Inuit tribe produced these dogs to share the heavy loads of their nomadic treks across the Kotzebue Sound, which is now part of northwest Alaska. During hunts, malamutes also disturbed polar bears by skating over ice, searching for seal breathing holes.

During the Klondike Gold Rush, the Alaskan Malamute was also used. When it came to navigating and mining the Klondike for gold, prospectors recognized the strength and stamina of these tireless canines as a true asset.

Malamute breed variants evolved in polar locations ranging from Alaska to Greenland. The popularity of competitive sled dog racing in the 1920s prompted more breeding and improvement of these dogs. Only one Malamute variety, the Kotzebue, was recognized by the American Kennel Club (AKC) in 1935.

The breed was in significant decline after WWII, despite its adaptability for various duties. In fact, according to some reports, the Malamute had a population of barely 30 people in 1947. The AKC expanded the breed's status to include the Hinman and M'Loot strains to assure its survival. While today's polar dogs are gorgeous and wonderful creatures, their bloodline is a pure dog (not part-wolf).

Having visitors over regularly and taking them to crowded parks, dog-friendly stores, and neighborhood strolls will help them enhance their social skills. They compete in the working group, and their solemn demeanor and massive stature make them a dominant presence in the ring.

Malamutes can be terrific pets for active families, but their big size, strength, and stamina mean they're not the right breed for everyone. Malamutes should not be left alone with youngsters, the elderly, or the frail, especially because they are energetic. They require a lot of activity daily to stay happy and healthy; thus, owners with plenty of time for them are required.