The American Wirehair is a vivacious, loving, independent, and affectionate breed. They are friendly, outgoing cats who enjoy playing with people and other animals, but they can also keep themselves entertained when necessary. The Wirehair is a good choice if searching for a playful, intelligent cat. If you don't want an active and naughty cat to keep you on your toes, you should look elsewhere. 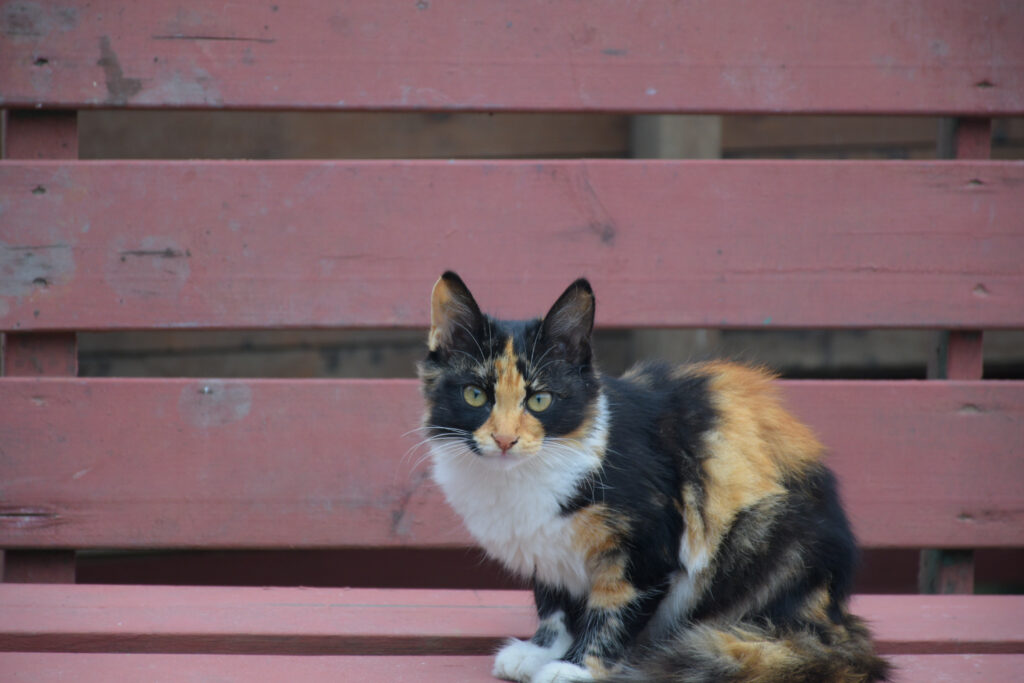 Male American Wirehair cats range from medium to giant and are often larger than females. Males have been recorded to weigh up to 15 pounds, while females range between 8 and 12 pounds on average. Wirehair cats are robust and have rounded features. They're also muscular, and picking one up may surprise people because they can weigh much more than they appear.

This cat breed has a crimped coat with curling whiskers and bent or wavy hairs on her body and ears. American wirehairs are short-haired cats that can be solid black, blue, white, red, or cream. Chinchilla (a silvery hue), smoke, cameo, calico, tabby, and bicolor are some coat patterns available for these cats. Large eyes with a slight upward tilt at the outer corners. The eyes of American wirehairs can be blue, green, or gold in hue.

Some people consider American Wirehairs hypoallergenic because of their crimped texture, which keeps loose hairs close to their bodies. While no cat is fully allergen-free, its coat helps keep shed hairs at bay and can be less irritating to some allergy sufferers. Spend time with an American Wirehair kitten before taking one home to see how your allergies react.

American Wirehairs are mild-mannered, middle-of-the-road cats, similar to the American Shorthair. They are not demanding and enjoy the attention of their family while maintaining their independence. They're agile and fun-loving, and they're a little more playful and active than the American Shorthair. They like interactive toys in which their family participates, but they can also entertain themselves if needed.

They get along with other pets and children in general. Some have said that they are particularly sensitive to their chosen humans' emotions and try to provide comfort and company when they are sad. They start purring and sit next to them to offer support. 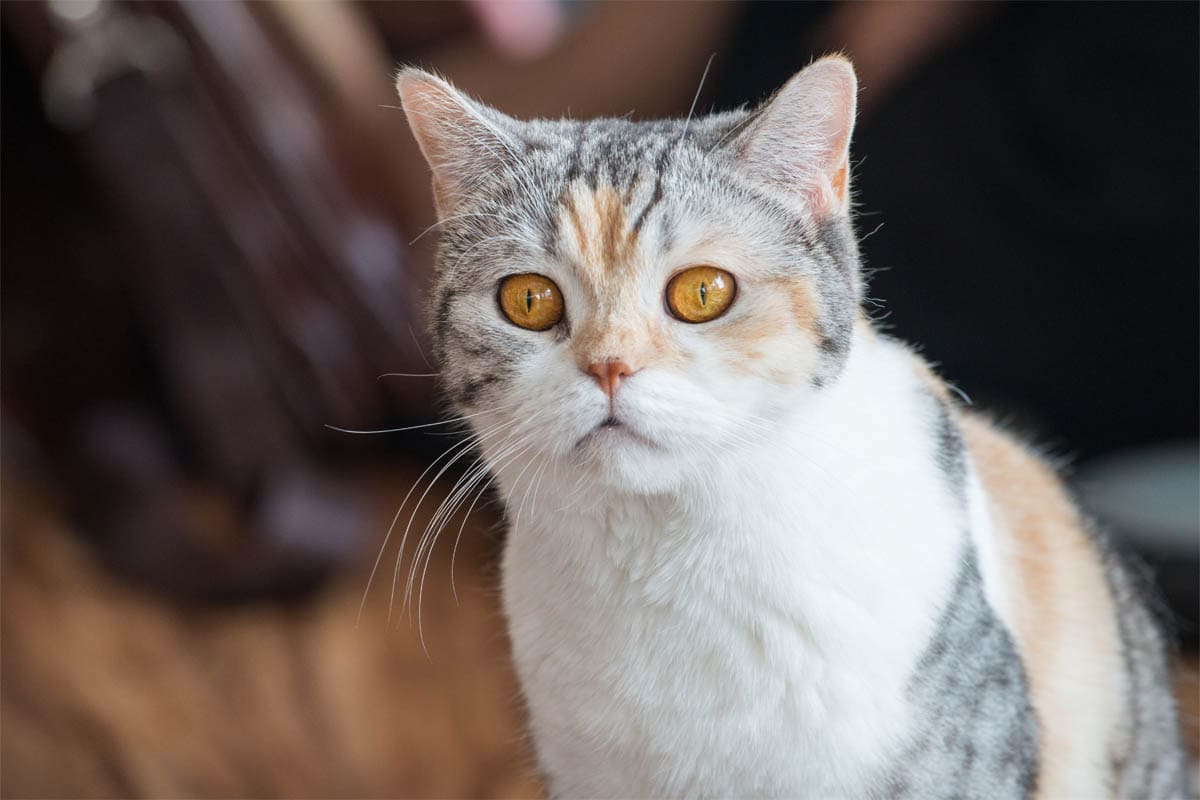 The traditional American Wirehair cat disposition is why people adore this cat breed. Wirehairs are easygoing animals. They like sunning and napping alone as much as they enjoy playing and cuddling with their family.

Wirehair cats make great companions for singles, but they're also great with families. Just make sure to teach children of all ages how to interact with your cat in a kind manner and respect their personal space. Wirehairs get along nicely with other pets in the house since they are so laid-back.

These cats are also highly intellectual as if they weren't already the ideal companion, buddy, and roommate. They can and will learn tricks, and many of them are virtually as trainable as dogs.

In terms of pet cats, American Wirehairs are rather low maintenance. Your Wirehair can be left alone for a while without feeling lonely or anxious because of its independent character. Busy individuals who are constantly out of the house are ideal for this laid-back breed, but you must still show him plenty of love and care while you are at home.

These calm, gentle cats don't make much noise and prefer to communicate their wants through other means. Because your Wirehair won't always be vocal about her desires, you'll have to pay great attention to his body language and disposition. On the plus side, American Wirehairs are excellent apartment pets because their meowing is unlikely to disturb neighbors.

American Wirehairs are more than courteous roommates; they are highly affectionate and friendly to other pets and people. They get along with most family members and visitors, and they enjoy cuddling with children as long as the children are careful with cats.

These are real mousers who enjoy hunting. Rodents and insects in their realm will be destroyed. If they don't have enough prey to stalk around the corridors of their house, you'll often find them sitting in a window seat watching birds. Interactive toys left out for American Wirehairs will help them develop their natural hunting skills.

The American Wirehair is known for being reserved at first, but as they get to know you, they become highly cuddly and friendly.

Because of this reluctance, they must have been carefully socialized since they were kittens.They are robust, have a highly friendly personality, and can be doughy, warm-hearted clowns after settling into a new home.

The American Wirehair is not a breed that will happily spend the entire day on your lap. While they appreciate being petted, they are also a fast-moving and active breed. To avoid boredom, they will want plenty of activity and entertainment.

The American Wirehair is not your breed if you spend most of your time outside. They like being in the company of others. When properly introduced, they frequently get along well with well-behaved children and even family dogs.

While this breed isn't known for being loud, it does purr frequently and will let you know when it's happy.

Due to their farm cat roots, they have a strong hunting instinct. If they go outside, you might wish to put a bell on their collar and be aware that they can proudly return home with a little gift for you.

Exercise caution if you're introducing them into a residence with other tiny animals or birds. They can live together, but you must accept that they may need to be kept apart.

The coat's bouncy, rough texture varies depending on the texture of the parents' coats. The coat of some American Wirehairs is slightly smoother; they may have wiry whiskers, but the coat is not as gritty. Cats considered the greatest in their breed would have a rough, wiry coat. They are available in a range of colors and patterns.

The coat requires little upkeep. They don't shed much, so a weekly brushing to remove any dead hair should suffice to keep it in fine, lustrous shape.

While they resemble their American Shorthair ancestors in appearance, their coat and prominent, high cheekbones give them a distinctive look.

The American Wirehair is normally healthy, but because he can be mixed with the American Shorthair, he can inherit some of that breed's issues, such as hypertrophic cardiomyopathy.

The most frequent heart disease in cats is hypertrophic cardiomyopathy (HCM). It causes the cardiac muscle to thicken (hypertrophy).

Echocardiography can be used to determine if a cat has HCM. Breeders who claim to have HCM-free lines should be avoided. Nobody can say with certainty that their cat will never have HCM. HCM should be tested in all American Wirehairs that will be bred, and cats with HCM should be eliminated from breeding operations. Don't buy it if the kitten's parents haven't been tested for this disease.

Remember that after you've adopted a kitten, you have the authority to protect him from one of the most common health issues: obesity. One of the simplest methods to maintain an American Wirehair's general health is to keep him at a healthy weight. Make the most of your preventive skills to help your cat live a longer, healthier life.

Some breeders have observed that stress or weather changes have caused hair and skin issues in their Wirehairs and that the hardest coats are the most sensitive and prone to breaking. 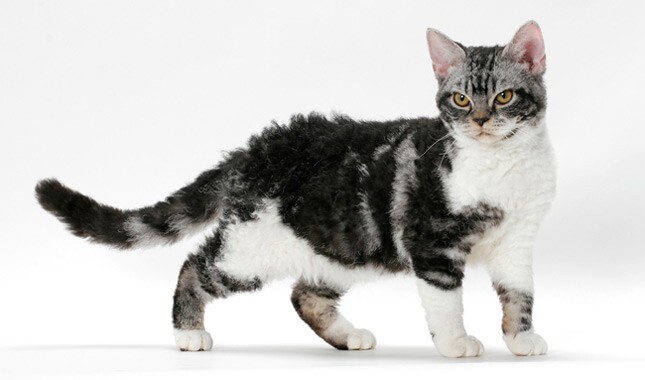 Like the American Curl, the American Wirehair began as a spontaneous mutation in the domestic cat population; somewhere down the line, an odd litter with different fur was generated.

Fluffy and Bootsie, two barn cats from a small farm in upstate New York with no obvious remarkable features, had a litter of five kittens with fabulous wiry fur in 1966. Unfortunately, just one kitten survived. This was especially regrettable because Fluffy and Bootsie's following litters did not produce more wiry-haired kittens. It appears that whatever caused that one unique litter was a one-time event. However, the one surviving kitten, a red and white bicolor male, lived and thrived.

A friend alerted Joan O'Shea of nearby Vernon, New York, about the surviving kitten, saying it looked like her Rex cats. O'Shea approached the cat and fell in love with the long-legged, big-eared kitten with the tangled fur. She also noticed that the kitten, Adam, wasn't a Rex but rather a whole different breed. Adam finally sold his property and moved in with Joan's family. Adam had litters with neighboring cats there, with some of the kittens inheriting Adam's wiry coat.

The Wirehair coat gene was dominant, meaning that only one parent was required to generate Wirehair offspring. Adam's hair was taken to renowned British cat geneticists for research to ensure the breed wasn't related to any of the current Rex breeds. According to the hair samples tested, the coat was unique and unrelated to either the Cornish or Devon Rex.

All American Wirehairs today are descended from Adam or Amy, one of his kittens. Despite being recognized by the four largest North American cat groups, this breed remains rare.

Remember that these kittens are rather expensive due to their scarcity. And if you get one so, it's important to give them an environment that will allow them to develop properly. They will be able to develop their inherent traits if they have access to a garden.