Burmilla cats combine the best of the Burmese cat and Chinchilla Persian cat, giving them charming personalities to match their outstanding, excellent looks. Burmilla cats are known for their easygoing demeanor. The breed is known for getting along well with children and other pets, making it ideal for families. The Burmilla is a loyal companion for cats and well-behaved dogs. These adorable cats are playful but not overly animated. They are peaceful and not overly demanding, yet they thrive when their families pay attention to them. 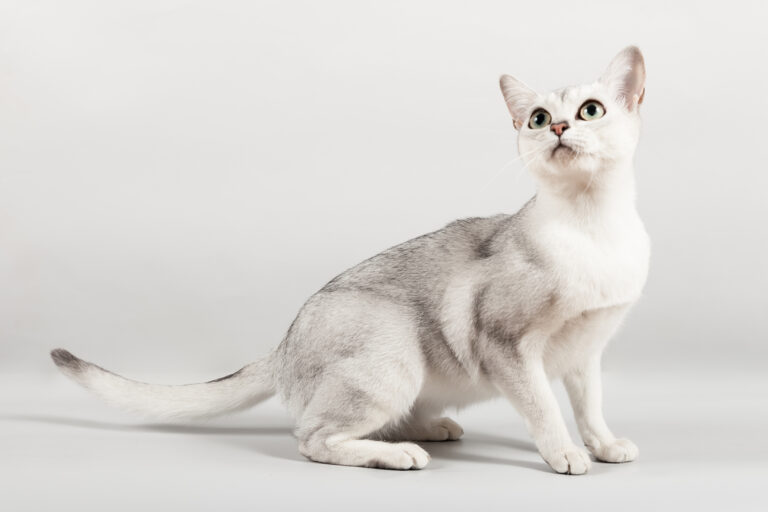 The Burmilla has a graceful appearance, plush fur, and a medium-sized, slender, strong athletic body. Males tend to be rather robust, while females are more graceful and daintier. Males of this breed tend to weigh more than females, with average weights of 6 to 13 pounds.

Their ears are widely spaced, and their skull has a moderately wedge-shaped face. Large, slightly almond-shaped, expressive eyes come in various colors, from gold to green. The cat has a silvery appearance heightened by dark rims around the eyes, a definite M marking on the forehead, and a dense, short coat with a pale undercoat and noticeable dark tips to the hairs. Burmillas can carry the longhaired gene due to having Chinchilla in their ancestry. As a result, kittens with long hair can have short-haired parents. Black, Blue, Brown, Chocolate, and Lilac are Burmilla's five tinted or tipped colors.

The temperament of the Burmilla combines the best traits of its two parent breeds: the Chinchilla Persian, who is calm, laid-back, and friendly, tempers the lively, mischievous, and demanding Burmese disposition. The Burmilla's distinctive and alluring personality has garnered praise from owners worldwide. Burmillas are bold and adventurous as kittens and develop into lovable, people-focused adults. Burmillas are full of life and like a good game of catnip and toy wrangling, although they aren't as active as Burmese cats. But the games they play with their human friends are their favorites. Whirling feathers, toys with laser lights, and toys that require repeated fetching send the Burmilla into a state of rapture. If you're there to participate in the fun, a ball of scrap paper will work just as well.

They share many traits with the Burmese, including intelligence and curiosity. The inquisitive Burmilla will thoroughly investigate everything you have concealed in that confined room or closet. This resourceful breed will find a way into that closed cabinet or door, especially if they realize that you'd rather they didn't. Don't expect your keys, socks, glass cases, pens, or handbag contents to stay where you leave them; anything left out in the open is also fair game. Toys can be made out of anything small and moveable. You might catch your Burmilla pounding out texts to their Burmilla friends, so be careful.

Your devoted and affectionate Burmilla will want to curl up with you on the couch for some rubbing, purring, and catnapping after a nice romp. Burmillas are not particularly talkative, but as you run your fingers down their silky backs, they begin to purr loudly and deeply. Overall, Burmilla's clever, loving, and captivating demeanor is what attracts the breed's numerous admirers. 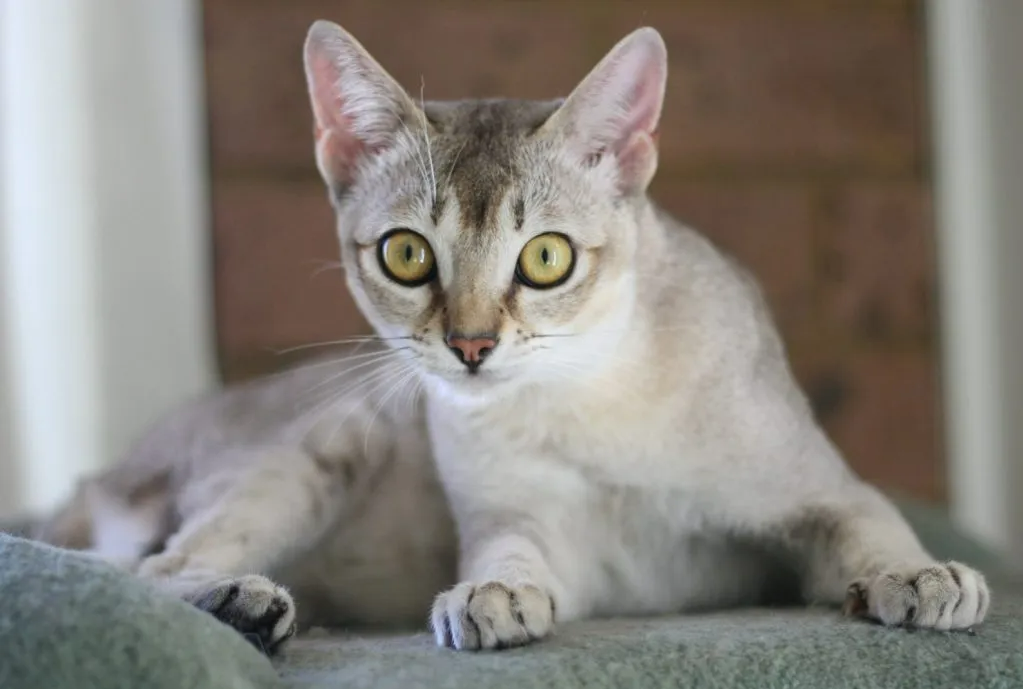 The Burmilla breed is incredibly flexible and makes wonderful family pets. The personalities of the Burmese and Chinchilla Persians are highly different, and the Burmilla has inherited some of their best traits. Unlike the Burmese, which may be extremely demanding, this breed is friendly and sweet-natured. Although they have a much more playful and curious side than the Persian, they are generally quiet. They are recognized for having slightly silly, almost clown-like characteristics and can occasionally be malicious.

Even as adults, they frequently exhibit some of their kitten-like vigor for life, making them popular with their owners. You should ensure they have enough stimulation and enrichment in the home because of their lively and inquisitive nature. A Burmilla who is bored could look for their sources of enjoyment.

Even though they appreciate their owners' presence, they can still be independent and are wonderful cats for working owners. Additionally, as long as introductions are made correctly, they typically get along well with cats and dogs. Burmillas adore interacting with people and spending time with their cherished humans. They are a highly intelligent breed, and they yearn for acceptance and companionship. While they won't meow nonstop for your attention, they do crave a lot of affection. A Burmilla's ideal family or owner should be prepared for a lot of play and one-on-one interaction. Since they get along with practically everyone, this kind of cat can make a wonderful companion for kids, dogs, other cats, strangers, and even other cats.

This breed is not needy just because they value affection. The Burmilla does need some alone time. So don't forget to periodically allow your cat some room to roam on his own. However, please don't leave him alone for too long; these cats can grow restless and anxious when left alone for an extended period of time. The Burmilla's ideal house is calm, dependable, and provides constant human company.

Although Burmillas are primarily indoor cats, they might enjoy exploring the outdoors when being restrained. Burmilla cats are sensitive to heat, so during the summer months, keep them inside where it's cool.

Burmillas love climbing and conquering, but they can be a little clumsy. With this breed around, shabby shelving and lose trinkets won't stay for too long. Always provide your Burmilla with high cat trees, shelves, and hammocks to climb and rest on to keep him content. 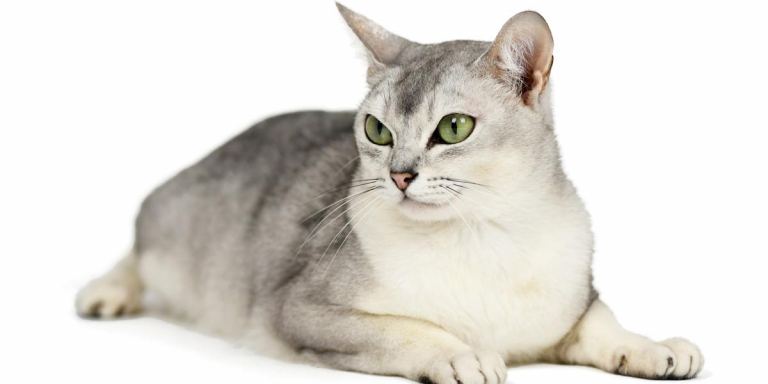 This intelligent breed is simple to train and makes learning enjoyable. It should be simple to introduce them to scratching posts and litter boxes.

Your Burmilla will feel more secure and at ease with early, moderate socialization. These cats will be sociable and entertaining when properly socialized with other people and animals.

A diet of premium cat food suggested by your veterinarian should be given to Burmillas. You must be careful not to overfeed this breed because they can grow overweight.

Whether your Burmilla has long or short hair, grooming him should be simple. Although both coat lengths are prone to matting, a weekly brushing should be sufficient to reduce any significant tangles and knots. A useful tool to use is a stainless-steel comb. These cats also require routine dental care, ear cleanings, and nail trimming.

The Burmilla follows the same exercise regimen as most other cat breeds, including frequent bursts of active play and lengthy rest periods. Your pet will stay busy with cat trees, interactive toys, and one-on-one play.

Burmilla cats are moderately energetic and like to play with their human friends. These cats may become a little less active as they age, but it's up to their families to prioritize exercise.

Burmilla cats are a breed that generally has good health. However, they can be vulnerable to difficulties similar to those that the Burmese cat experiences. These are the most typical health issues that could arise, while there is no certainty that your cat will experience any or all of them.

Cysts develop in the kidneys as a result of the condition polycystic kidney disease. The cysts will already be present at birth in cats with this condition, and they will get bigger over time.

Diabetes mellitus, also referred to as feline diabetes, is brought on when a cat's blood sugar levels become unbalanced, and the hormone insulin is unable to control them.

Allergies - Cats can develop allergic reactions to various environmental elements, including but not limited to grass, pollen, or food, just like humans. 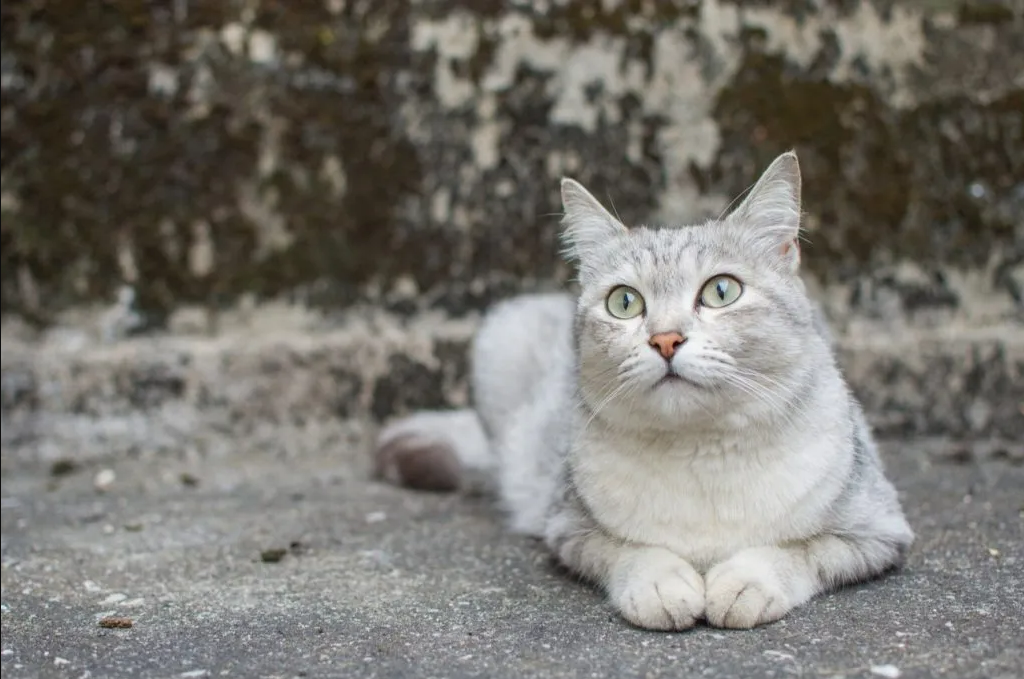 A female Lilac Burmese and a male Silver Chinchilla, owned by Baroness Miranda von Kirchberg, accidentally mated in 1981 to produce the Burmilla. The story goes that Sanquist, a male Silver Chinchilla, and Faberge, a female Burmese, were waiting for their mates when they started to show interest in one another. Faberge produced a litter upon her arrival that was very different from the Burmese, even though she was later taken away to be mated with another cat of her breed.

Galatea, Gemma, Gabriela, and Gisella were the four female kittens in the litter, which was later determined to be Sanquist's offspring. They were so alluring that the Baroness decided to breed them as the original stock of a new breed rather than neutering them. They underwent backcrossing with Burmese and kept their breed traits. The Baroness established the Burmilla Association shortly after to promote this unique new breed of pedigree cat.

The Burmilla Cat Club was established in 1984 by Therese Clarke, a different breeder who had adopted Gemma from the initial litter. The Burmilla received provisional Championship Status recognition in 1990.

The breed is acknowledged by the global Fédération Internationale Féline, the Australian Cat Federation, and the Cat Fanciers' Association, in addition to the Governing Council of the Cat Fancy in Britain. The Burmilla is categorized as an Advanced New Breed by the International Cat Association.

The Burmilla is a calm cat that gets along well with people and doesn't need much maintenance. They have charming personalities and are social and affectionate cats. Ideal house pets for all kinds of houses, Burmilla cats can make wonderful companions for households with young children or other animals due to their laid-back nature.

When you settle down to unwind, you can count on these loving felines to wrap up in your lap. They adore spending time with their family. In contrast to other cats, Burmilla cats have independent streaks and don't mind being alone quite a bit.

Ragamuffins are recognized for their loving demeanor, and because of their docile character, most of these cats enjoy being carried and cuddled. The R...