Side Effects of Dog Medication You Should Never Ignore

Always assess the advantages and disadvantages of administering medication to a pet before deciding. Why? Because even while we frequently emphasize the positive impacts that drugs might have, the reality is that every drug has the potential to have negative side effects. Being a responsible pet parent entails knowing which side effects are probable with your pet's meds and what to do if they manifest.

Numerous medications administered to pets have an impact on the brain. For example, taking sedatives and anti-anxiety drugs is sometimes the desired result; in other cases, it is an unpleasant side effect. For instance, lethargy or even dysphoria (abnormal sensations causing a state of uneasiness) can be brought on in animals by opioids like morphine, butorphanol, buprenorphine, fentanyl, and tramadol. As the body adjusts to the drug, these symptoms frequently disappear within a few days to a week. It is also known that the often administered antibiotic metronidazole impacts the brain, particularly at high doses or in older patients. It may result in seizures and weak, shaky, and irregular eye movements.

Dilation of the pupils, shakiness, mental dullness, drooling, vomiting, blindness, tremors, convulsions, coma, and death are all signs of poisoning. To identify pets at risk, a genetic test is available.

Prednisone, prednisolone, dexamethasone, other steroids, and nonsteroidal anti-inflammatory drugs (carprofen, deracoxib, and firocoxib, to name a few) are known to raise the risk of gastrointestinal ulcers in pets, which can result in vomiting and diarrhea that may contain blood. Never take these drugs simultaneously (this greatly increases the risk of ulceration). Ulcers can be treated and prevented with the aid of medications that lessen the production of stomach acid and safeguard the lining of the digestive tract.

Skin-related drug adverse effects are another frequent issue. The connection is clear in some situations. For instance, if a medication is administered intravenously, it is common for a tiny bump to appear under the skin. If this does not happen, speak to your veterinarian. These normally go away within a few days to weeks.

Sometimes, topical drugs (such as flea and spot-on tick products) might irritate the skin and result in hair loss, redness, flaking, and itching. Usually, cleaning the affected area with gentle soap and cool water and waiting a while are all required for the skin to return to normal. After that, avoid using the product again.

There may be other skin responses, though these are relatively uncommon. For instance, an adverse medication reaction could result in hives on a pet. Toxic epidermal necrolysis, characterized by skin reddening and blistering, can also be brought on by several medications.

Many drugs are administered orally to pets and are absorbed through the digestive system. Thus, it shouldn't be surprising that side effects, including vomiting, diarrhea, and decreased appetite, are extremely prevalent. Any oral drug might bring on a slight stomach upset. If the medication is taken with a meal, it typically goes away over time as the body gets used to it, although more severe symptoms occasionally appear.

Because they can alter the bacterial population in the stomach that is necessary for normal digestion, antibiotics are renowned for producing gastrointestinal symptoms, particularly diarrhea. Antibiotic-related diarrhea is frequently prevented or treated using probiotic supplements. 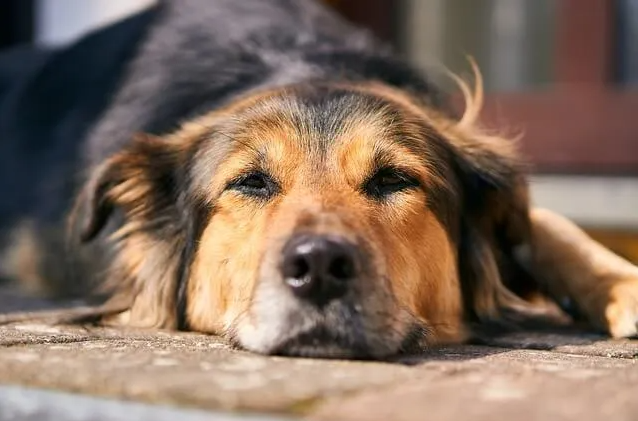 All medicines must eventually be metabolized and eliminated from the body. The organs in charge of this are the liver and kidneys, which could suffer harm. When a pet experiences a prescription side effect that affects the liver or kidneys, common symptoms include increased thirst and urination, poor appetite, vomiting, diarrhea, and lethargy.

The connection between canine liver failure and nonsteroidal anti-inflammatories (NSAIDs) is a good illustration. Every year, millions of dogs take these drugs without incident, yet a small number do suffer potentially deadly liver damage. Overall, the advantages of NSAIDs exceed the risks, but this is not the case for unfortunate dogs with this uncommon side effect.

Anaphylaxis, a potentially lethal allergic reaction, is arguably the scariest medicine adverse effect a pet parent may see. Anaphylaxis symptoms appear when a pet has been exposed to medicine at least twice. The reaction frequently manifests within a few minutes to an hour after the pet has been given the medication. Breathing problems, pale or blue-tinged mucous membranes, vomiting, diarrhea, and collapse are among the symptoms. If a pet is to survive, immediate therapy that includes intravenous fluids and injections of adrenaline, steroids, and diphenhydramine is vital.

Only a few of the side effects of pet medicine that are more typical have been discussed here. There may also be more types, such as those affecting the bone marrow and blood, reproductive system, heart, and eye. When it comes to the probability that a specific substance is to blame for a specific symptom in a specific person, the adage "everything is possible" applies.

However, owners have much control over safeguarding their animals from adverse drug effects. Speak to your veterinarian initially. Ask about typical side effects and what to do if you experience them when a new drug is recommended. Ensure the veterinarian is also informed of all your pet's medications and vitamins. Drug interactions raise the possibility that side effects will manifest.

Finally, consult your veterinarian before altering your pet's prescription dosage or regimen. Both giving your pet too little or too much medication might be harmful.

Bad breath is among the most typical complaints from dog owners. Even though poor breath might appear somewhat harmless, it is usually a sign of more ...

It seems that dogs, too, undergo panic attacks. Dogs cannot express their emotions to us, but we can infer from their body language and behavior. When...