Dogs are wonderful because they provide love and friendship and are always there for us. But did you realize that canines are much more complex than they first appear?

We all know that dogs have been considered "man's best friend" for hundreds of years, but many other things about our four-legged pals truly amaze us.

For you to learn a little bit more about your dog, we've compiled a list of some of our favorite canine facts.

Dogs Can Read Our Emotions

Does your dog ever catch you looking at them? This could be due to their desire for tasty treats, their desire to play outside, or even their ability to read your emotions. According to research, dogs are the only species that can tell our emotions by looking at us.

The next time you anticipate something new, see how your dog reacts. If you notice them turning their head to the left, they also feel the good vibes. 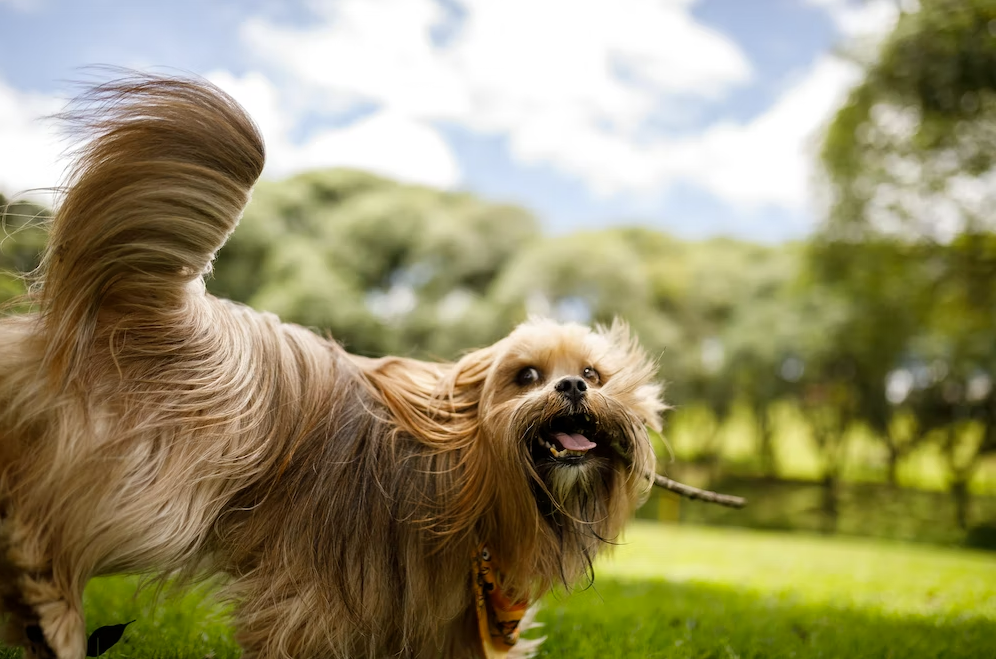 One of the most effective means of communication among dogs is tail wagging. Yes, a dog's tail can wag when excited, but it also has other, less well-known implications.

While some wags are indicative of excitement, others may be an indication of anxiety, hostility, or insecurity. Depending on the position and pace of the tail wag, other emotions could include agitation, negotiation, curiosity, friendliness, and happiness.

Have you ever considered how the world could appear to your dog? Not by yourself!

Although it has long been believed that dogs can only see grayscale, this is not the case. Dogs are color-blind, yet their perception of color is still functional.

Dogs do sweat but don't anticipate seeing sweaty armpits any time soon. Whereas humans make a watery sweat to cool off, dogs produce an oily sweat that is pheromone-rich but invisible to people (dogs can smell it because they have such keen senses of smell). Dogs only sweat like humans on their paws; therefore, they pant to cool down instead. Because of this, it's crucial to keep your dog cool on hotter days to make things simpler for them.

They Can Assist With Health Issues

Dogs can do incredible things for people coping with health issues and offer much joy to the world.

Dogs can be trained to help people with physical, visual, or hearing disabilities, but they can also support those suffering from mental illnesses like anxiety and despair. 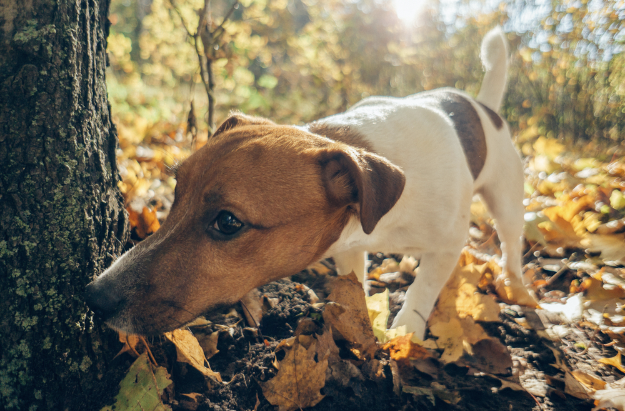 Dogs have excellent noses. A dog's sense of smell is 10,000–100,000 times more acute than a human's because of the 300 million or more olfactory receptors in their nose.

In particular, bloodhounds may follow more than 300 hours of old trails and stay on them for more than 130 kilometers. Studies show that its nose contains over 230 million olfactory cells (40 times that of humans). Even legal proceedings employ the bloodhound's nose as evidence. Nick Carter, a Kentucky bloodhound, demonstrated his innate detective abilities and helped apprehend more than 600 criminals. 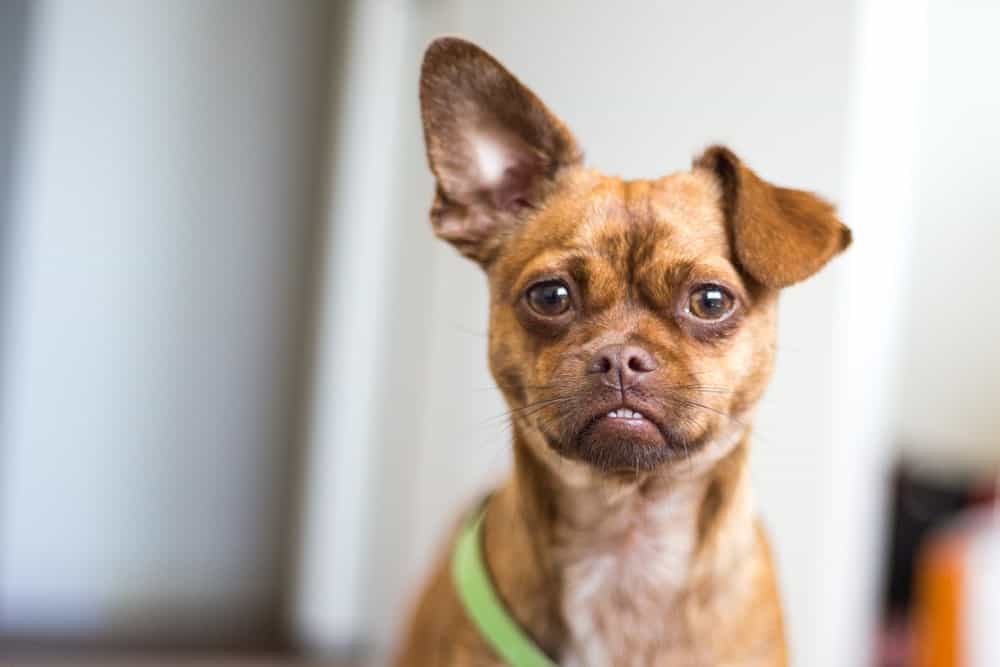 If you own a dog, you might have noticed that it frequently moves its ears. The muscles that move their ears are about 18 in number. These play a huge role in letting us know how our dogs are feeling and assist them in gently altering their ears' orientation so they can hear sounds around them better. A dog's ears play a key role in helping them communicate with humans and other dogs because so much of its body language is displayed through what they are doing. Learn more about the body language of dogs.

Dogs can be taught to recognize human cancer and other disorders. Cancerous cells emit different metabolic waste products in the human body than normal cells. Dogs may even detect cancer cells just by smelling someone else.

Dogs Can Have Left or Right Paws

According to a few studies, dogs, like humans, have a preferred hand (or paw) to lead with. Giving your dog their preferred toy or interactive game and watching which paw they use to assist you first will help you determine whether your dog is left- or right-pawed.

A Great Dane named Zeus from Texas is currently the tallest dog in the world. Zeus stands at 3 feet 5 inches. That towers over a miniature horse!

Dogs speak a lot of words 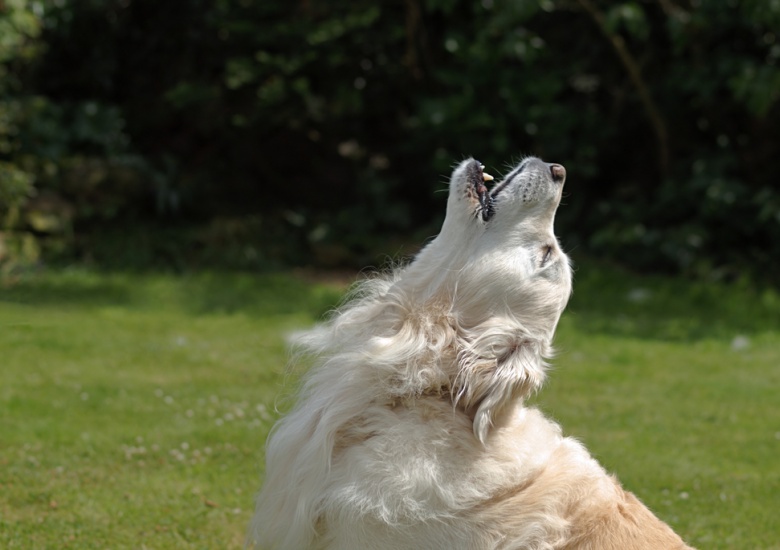 Probably already know that dogs are quite intelligent. Dogs have a vocabulary that is comparable to that of a 2-year-old human. According to research, the typical dog can learn approximately 89 words, while some very intelligent dogs may learn about 200.

There you have it, then. Your dog is not only gorgeous but also quite fascinating.

Read More
October 19, 2022Dogs
How to Have a Stress-Free and Simple Dog Camping Experience

You might think it's a good idea to take your dog camping if you spend a lot of time outside. The good news is that most dogs would be thrilled to go ...

Toys are crucial to your dog's well-being, whether you're playing fetch with him or just watching him roll around for amusement. Choosing toys for yo...

When you share your home with dogs, especially a young puppy, you rapidly discover how quickly each room becomes one huge chew toy and how much mess i...